Blustery day in April - Homemade granola bars in my kitchen!

Yesterday was an unexpected day at home.
YAY!!
And so...
Granola bars have been on my
"to try" list and so I tried. 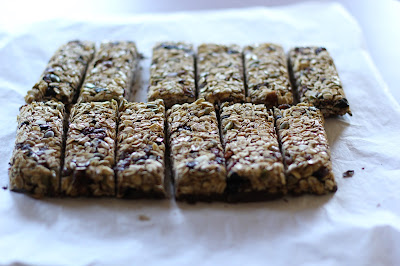 I kinda followed a recipe but
really you could say I just used a recipe
as a reference. 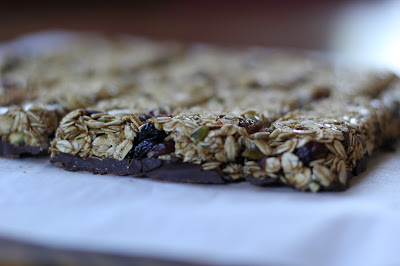 They taste yummy to me!

Here is what I did, after referencing the recipe.

1 1/2 cup of a mixture of things I had in my cupboard:
sunflower seeds
chopped up figs
rasins
dried cherries
pumpkin seeds

I then toasted the oatmeal at 350 for 15 minutes

then added the cinnamon and vanilla

After the oatmeal was toasted I stirred in the honey mixture

and then added the fruit and nut mixture.

pressed it down and left it cool. 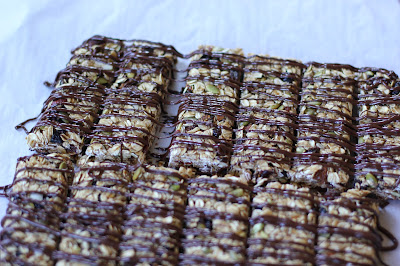 Then I melted chocolate
(maybe a cup of chocolate chips)
and spread it on the cooled oatmeal in the pan.
After that set up
I flip the whole thing out and then
I cut it into bars and
melted more chocolate and
drizzled it over the bars! 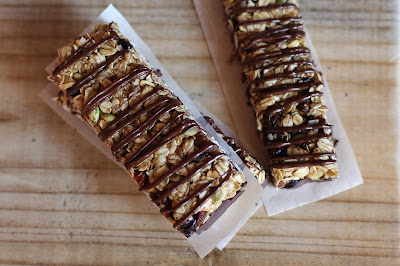 Next time maybe I will add some peanut butter and chocolate chips.

I do think that that the chocolate on the
bottom helped them stay together. 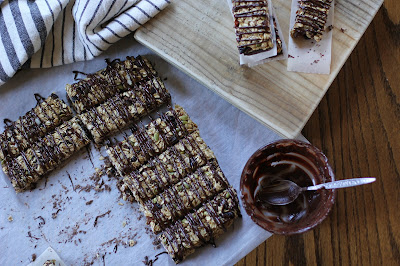 Turning thirteen?
Being a teenager, what fun!
Well most of the time...
...with a few a lot of awkward moments
sprinkled in between. 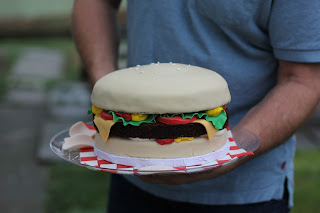 Burger anyone?
I mean, cake? 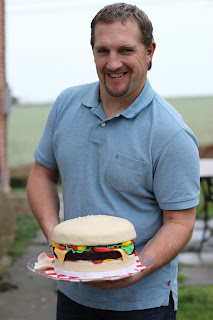 So this guy was 13 at one time
but this cake isn't for him
but he did grill up some AMAZING
bleu cheese burgers on this day! 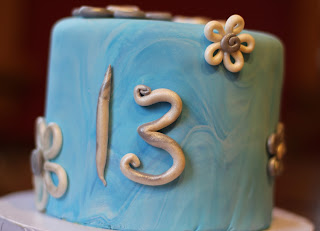 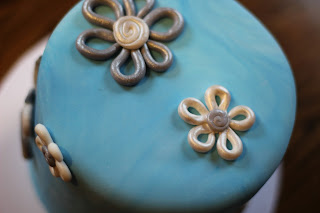 We have been blessed with a very mild winter so far
and I for one am not complaining!

Don't get me wrong,
I would always pick a snowy Christmas morning
if it could melt into spring at the end of the day,
but not having to cancel or reschedule because of bad roads
is so nice. 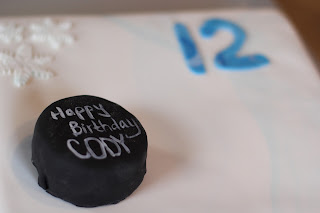 Since hockey is one of his favorite things to do in the winter
I decided to try my hand at a hockey skate cake.

As with most cakes I make, I learned a lot about what
does and doesn't work.
But even with the things that didn't work,
his response was my reward! 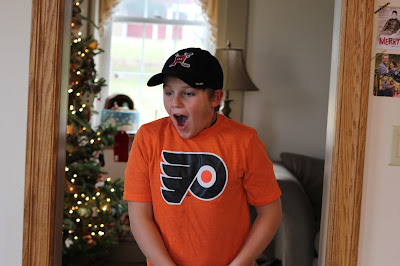 Dad helped by "painting" the laces with those little black lines. 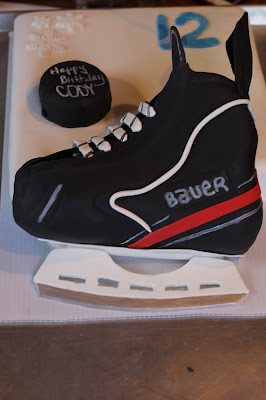 A few days after his birthday,
he had a hockey game and
after the game we went with his team for
pizza and cake! 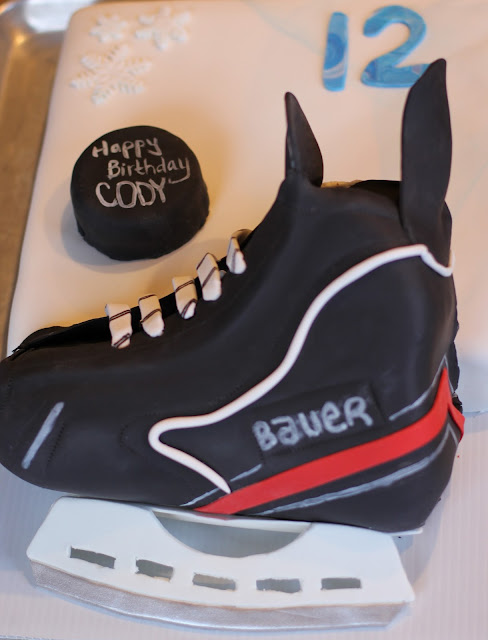 After the party I realized that I hadn't got a picture of
the birthday boy with the cake so
we took one when we got home with
what remained. 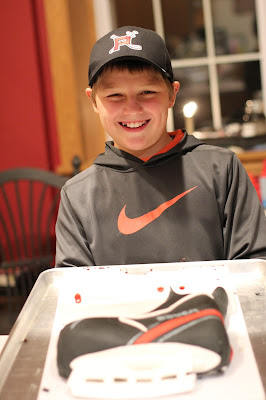 And this means next year at this time,
we will be parents of teenagers! *gasp*

Happy Birthday, Son!
We love YOU!

I give thanks to You,
for I am fearfully and wonderfully made;
wonderful are your works.
And my soul knows it very well.
Psalms 139:14 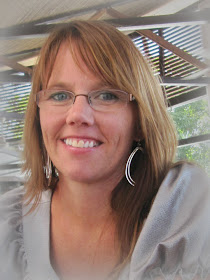 Where you might find me on my coffee break.